Related to Travel Fair in Helsinki I got slightly interested in travel blog community in Rantapallo and from there (and from Travellover)  I picked up this Travel Trivia challenge – set up to amuse travel bloggers and in best case also their readers.
And as the apparently first Travel Trivia posting was done in English I will also as an exception in English even if everything else in my blog is written in Finnish.

Number of countries I have visited:

84 independent countries (there are 200 of them).
But there are so many ways to calculate this among people who do count, that I will also state that I have done 81 UN member states (of 193) and 124 areas according to Travelers Century Club’s list, which contains nowadays 321 areas. 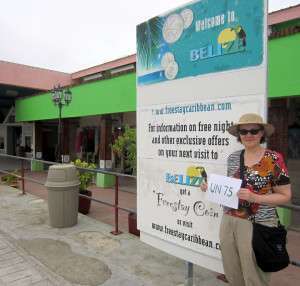 Number of countries I have lived in:

2 – Finland most of my life, but I have also lived in Sweden for almost 2 years. I had my first permanent job in Stockholm in 1980-81.

Number of countries I have spent Christmas in:

7 – Zell Am See, South Africa, Davos, Stockholm, India, Firenze, Caribbean (not counting Finland). There was also a question like this related to New Years and birthdays, but I don’t have statistics for these. I remember though one New Years Eve on Grand Place and one in Gurgaon, India. And one birthday in Amsterdam and one in Copenhagen.

What do I always travel with:

Wallet. Passport. Phone. Camera. Nowadays also iPad. For longer trips even a small laptop. As little clothes and cosmetics as possible. Books and Films on iPad.

Why did you start travelling?

I started with my father in my teens – he working in Netherlands, Portugal, Switzerland and me being the oldest daughter and free enough and capable enough to pay visits to him while he could not come home for a weekend. My mother preferred staying home with my younger siblings. Continued slightly with my husband, but spent still most of our holidays either on summer cottage or sailing for many years. Traveled relatively often for work especially in the 80’s and 90’s but mostly in Europe and mostly to same cities, over and over again. Started counting countries in 1998 in Swaziland as one member of our group told the rest of us about this and told that Swaziland was his 141st country.

Here is a graph I made last year about this. The numbering is according to Travelers Century Club list. 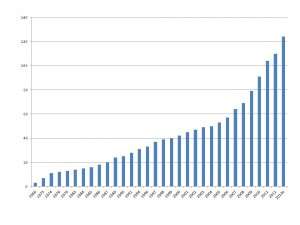 Why do you travel alone? What are the positives and negatives to travelling alone?

Well, I don’t travel alone – apart for traveling for work. And even then my husband have occasionally joined me. I think the last not work related trip traveling alone I made to Rome and Paris when I was 16!

How has traveling changed your life?

Even if we have traveled a lot during the past decade or so I think this is just one phase in our lives. We had our summer cottage years in Turku Archipelago and even in Turku (we had a second flat a couple of blocks from Stockmann in Turku and we used to say that we go to our summer cottage when we spent weekends there).
Then we spent most of our holidays sailing for more than 10 years.
And now we travel. But at least still I think that after some years we’ll again find something else. So I spend now pretty much all my holidays traveling, but what I try to say is that it isn’t such a big change – earlier I had other time consuming interests also taking me away from home for all holidays and helping me to get rid of some money …

What has been the strangest food you have tried on the road?

I’m not really into food, I’m actually quite picky and rather skip eating than taste things I don’t think I would like. I even managed to spend two weeks in India and several weeks in Africa without stomach problems by not eating anything ”odd” while most of the people I traveled with had minor or even major issues.
Of course, on work related travel, attending large dinners, you can’t always be too picky. Eating my first 7-course meal in Geneva was an experience. Also some dinners in China.

Have you ever been scared while traveling?

In 1998 Cape Town was slightly scary place. We got some many warnings regarding our visit in Rio de Janeiro that it almost took away some of the fun.
The only time we have actually been stolen something (so far!) was on a beach in Greece and that was just ”beach money”.

Is there a country you always travel back to ?

UK, Denmark, Switzerland – in all of these countries I’d like to stay at least for a couple of months. Maybe some day.

Do you have any packing rituals?

Nowadays I do consider myself quite professional in this are. I even wrote instructions about this in my blog (in Finnish). A couple of trips I consider as masterpieces in this are is a 4 day stay in Northern Cyprus with just hand luggage and a 5 week trip around the world.

What is the most beautiful beach you have ever seen?

We have actually been on Rabbit Beach in Lampedusa, which was voted as the most beautiful beach in the world in 2013. So maybe I should say Rabbit Beach.
I could also think of the whole island of Angaga in Maldives (see below) 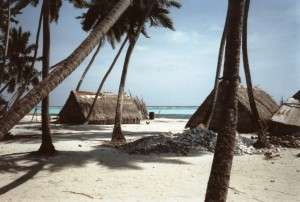 The most beautiful sunrise would be on Baltic Sea sailing alone (the rest of the crew sleeping) towards Almagrund in the Swedish Archipelago.

What was your first trip abroad?

From Aland Islands to Sweden with my mother and my younger sister and brother – all of us being sea sick at least on the way to Kapellskär. 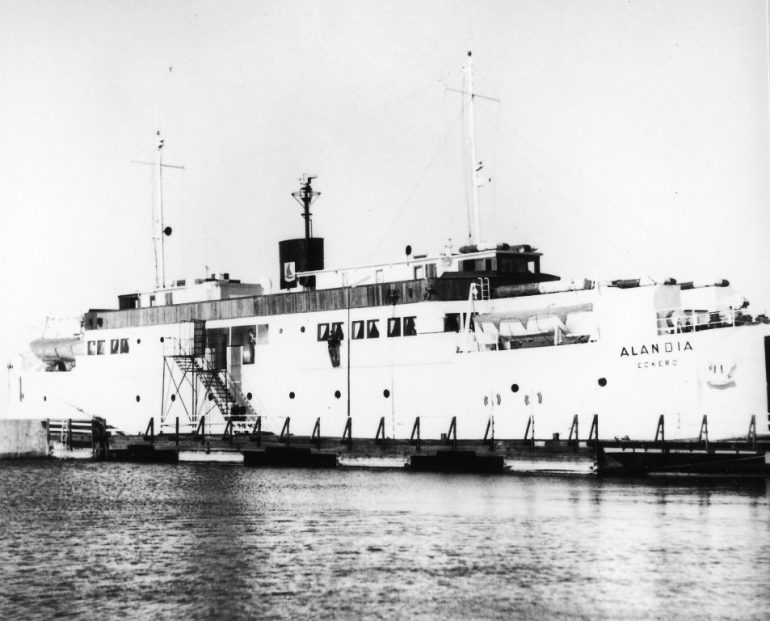 Is there any place in the world you are not interested in traveling to?

We are not going to do countries like South Sudan or Yemen or Iraq or Afganistan. There are still enough rather safe and comfortable places to go and then you always have these favorite countries of mine in Europe.

What is the one thing you miss at home when on the road?

Not a specific thing – but especially on a longer round trip, living out of suit case for a long time, I’d like to go home for one or two days in the between and get everything out from the suitcase, discard what I’m already gotten tired of or were not completely right and repack everything. Then I’d be ready to go again!

Do you think you will ever settle down and if so, where would you see yourself doing so?

What is your favorite airline and airport?

Well, none of them are really nice. But to mention a few: Manchester is small and as such nice, even if it is a hub even for the States. I have nice memories from Copenhagen and Amsterdam.

Direct flights are my preferred choice so airlines having direct connection from Helsinki to my destination. Last bad experience is from Cathay Pacific.

How many time zones have you been through in one week?

So there are 24 time zones – I guess. So on our RTW of 5 weeks that would result in average 5 zones per week. Well it was not that even, but anyway, our most extreme experience related to this.

What is your favourite place you’ve been to and why?

Having blogged for a while (about 10 years!) I have been asked this question every now and then. In 2011 I listed these (in Finnish, but even the names probably make sense also in English). Last summer I stated that Copenhagen is my (new) favorite city. After our RTW my favorite country of those we visited was New Zealand.

That was it – this time.
Actually I wrote one slightly similar story not that long time ago – this one in Finnish.

P.S.
If you end up writing your own story like this, please link it to the original one (http://logicstree.blogspot.fi/2014/01/travel-trivia.html) and it would be nice if you also linked it to mine (https://meriharakka.net/2014/01/23/travel-trivia/)!